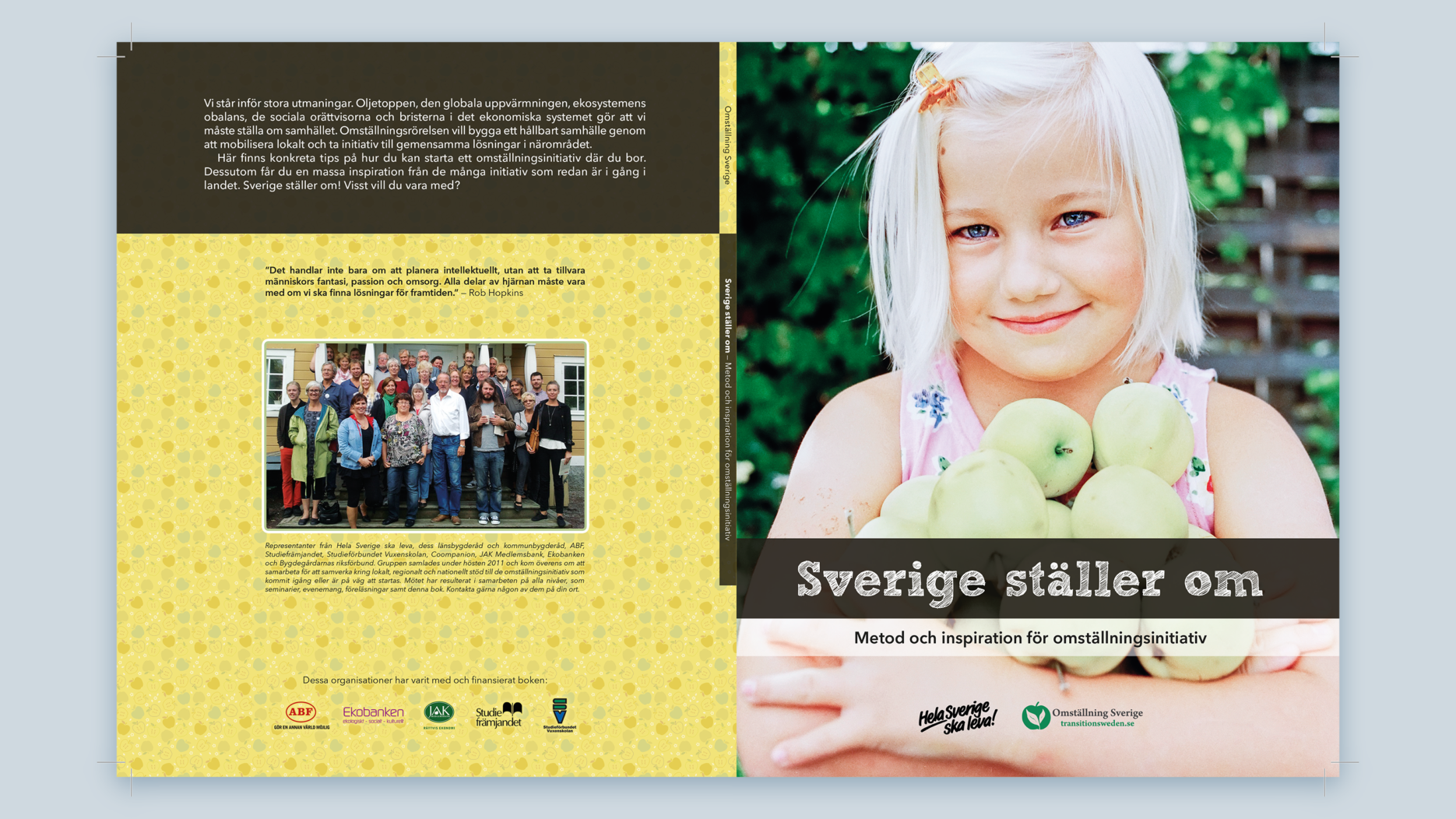 Omställning Sverige (Transition Sweden) is the Swedish part of the international Transition movement. A popular movement started in England that is spreading rapidly across the globe. The goal is to support local initiatives for creating a sustainable future. The movement published a book a few years back that gathered the Swedish experiences from conversion work in rural and urban areas. When a new version of the book was in the making, I was contacted, via Monica Walldén, to help with the look, graphics and layout. The work included everything from the choice of typefaces to the design of cover and inlay. The book book was then set in InDesign.

For the back cover of the book, I produced a visual pattern with apples and flowers that was very well received.