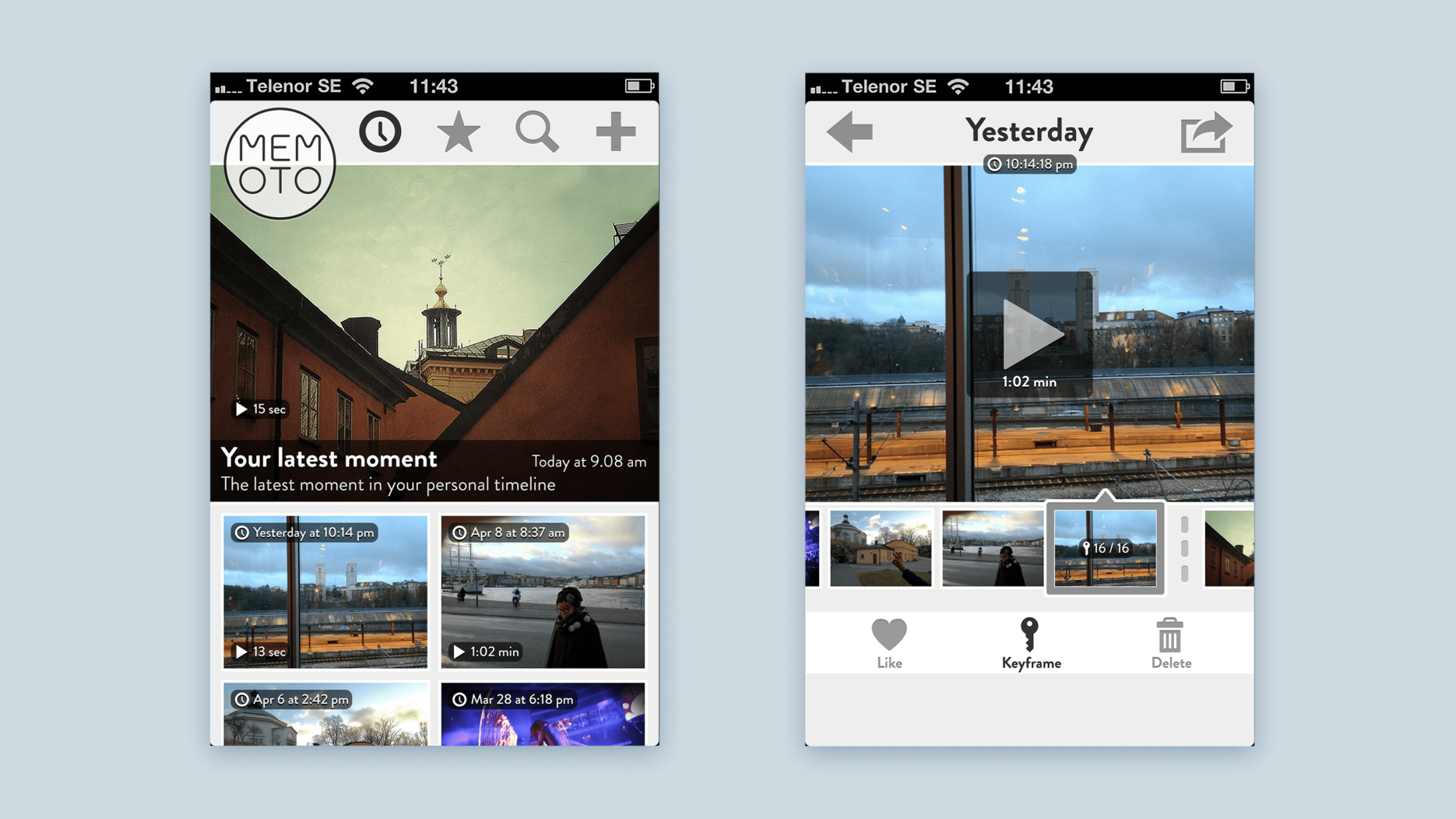 “It took LEAD company Memoto and their lifelogging camera 5 hours to reach their goal on Kickstarter with the help of crowdfunding. They have since set up two so-called stretch goals and passed them both. Memoto has now raised SEK 3.5 million (over half a million dollars) in financing, 10 times the original target.”

In early 2013, the company was chosen as one of Sweden’s hottest technology companies — with its tiny camera for life logging. At a very early stage, and in a great cloud of secrecy, I was given the opportunity to participate in drawing up concept sketches of what Memoto’s app could look like. The work was carried out via inUse (then Ziggy Creative Colony). Memoto later changed its name to Narrative.