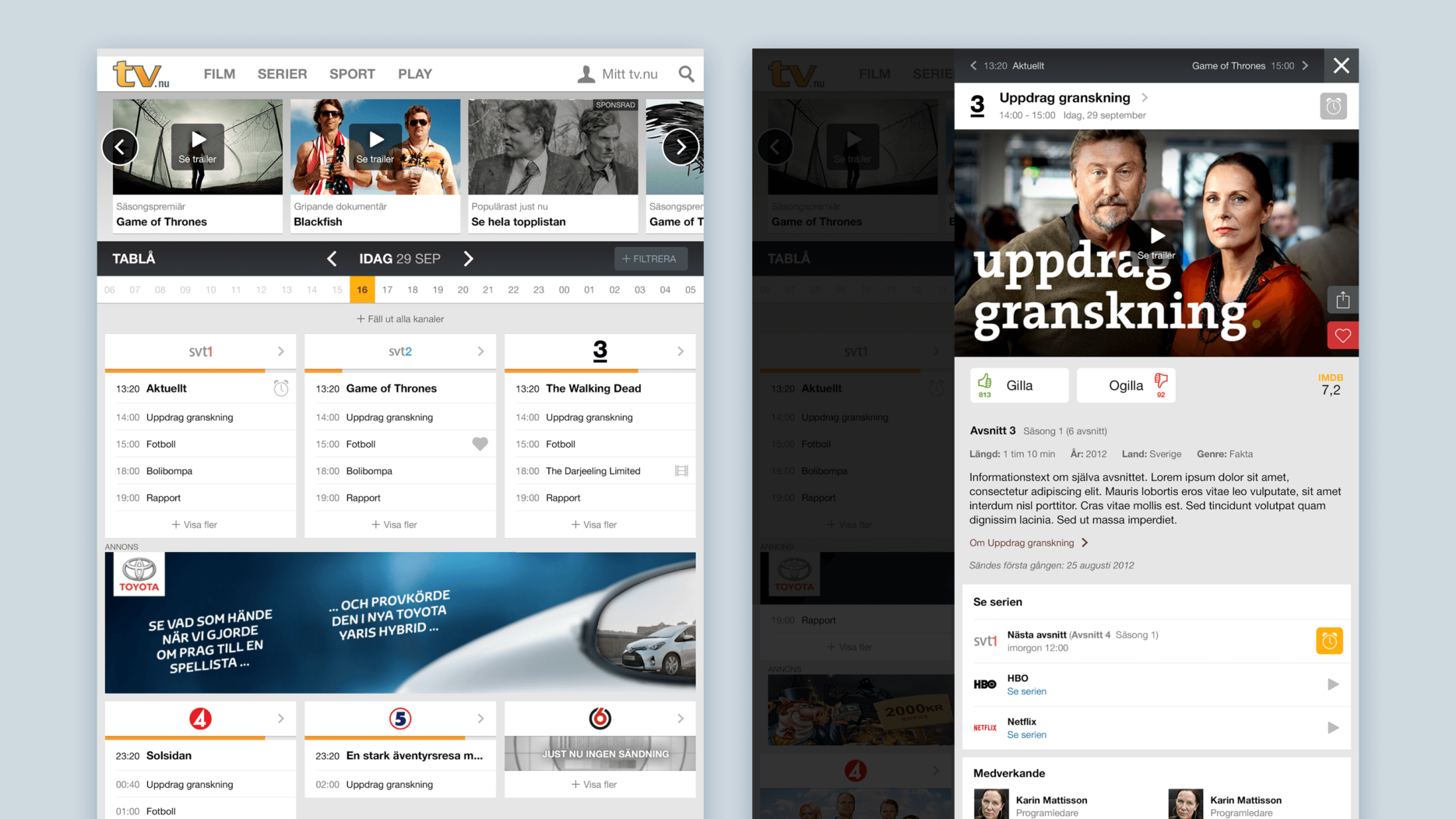 Antrop and I worked together with Schibsted-owned TVNU Sweden AB to produce a new and more modern version of Sweden’s largest TV guide, tv.nu. The site has been around since 1999 and was, at the time, in great need of an overhaul. I had the privilege of producing a series of sketches showing a new responsive website. In addition to a basic analysis of the existing service, and its requirements, the focus was also on how the service could grow and develop into the future. The goal was to move from a static digital TV guide to something more dynamic that can convey media directly. So apart from analyses and general concepts, I produced visual, UX and UI design.