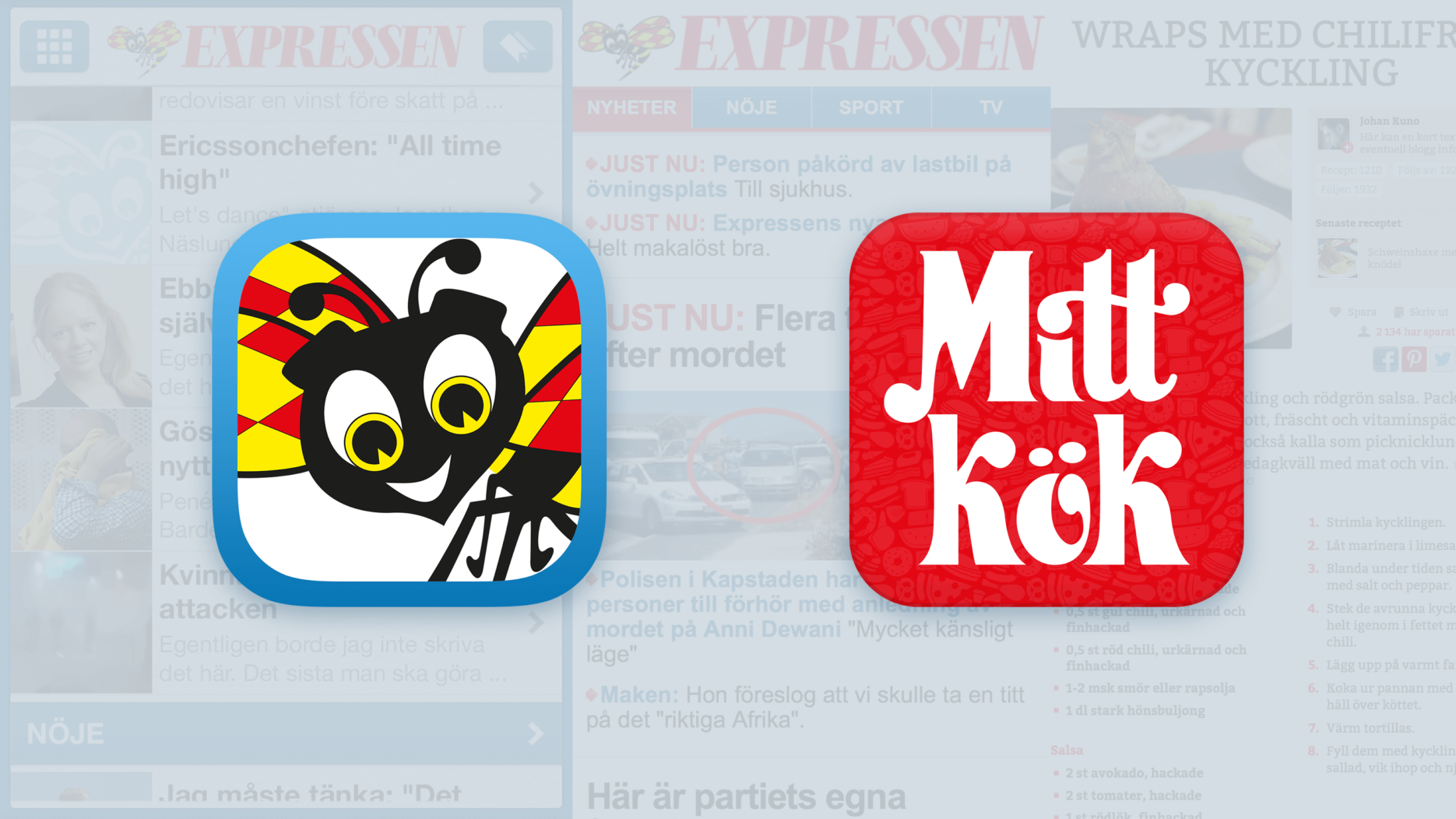 For a few years I did all the design for Expressen mobile and laid the foundation for the apps, sites and services that exist today. Among other things, I worked on continuous development of the expressen.se mobile website (where, in addition to graphics and usability, I created solutions for positioning, weather, TV, moving elements, banner solutions), iPhone and Android app development (visual design, concepts and usability, but I also broke new ground for navigation, notifications, silent hours) and more. Over time, the work also expanded into apps and sites for the papers GT and KvP.

“We really like working with you as we get so much more than just visual delivery. You know mobile through and through, have good ideas and add lots.”

Expressen mobile website: Expressen launched a new and fresh mobile site in 2010. It was the first time Expressen took advantage of the capabilities of modern smartphones. Development took place at a furious but creative pace where I was responsible for visual design, layout, html code and css. The site was very well received, and written about, and lived on for many years.

Expressen iPhone app: It took just under a day for it to become the most downloaded iPhone app in Sweden. The ratings were high and the app received a lot of praise. For a long time it remained in the number one spot. Extremely fun and rewarding to have the privilege of being in first place in the Apple App Store again! I worked on the visual, UI and UX design — including concept, information structure and every little visual element. Read more about the app in this article from Expressen (pdf).

Mitt kök: Expressen Magazine has over 425 editions of various magazines. In a major pilot project, I was given the responsibility to develop the concept, form, UI and html and css for a responsive web version of Mitt kök (My Kitchen) magazine.