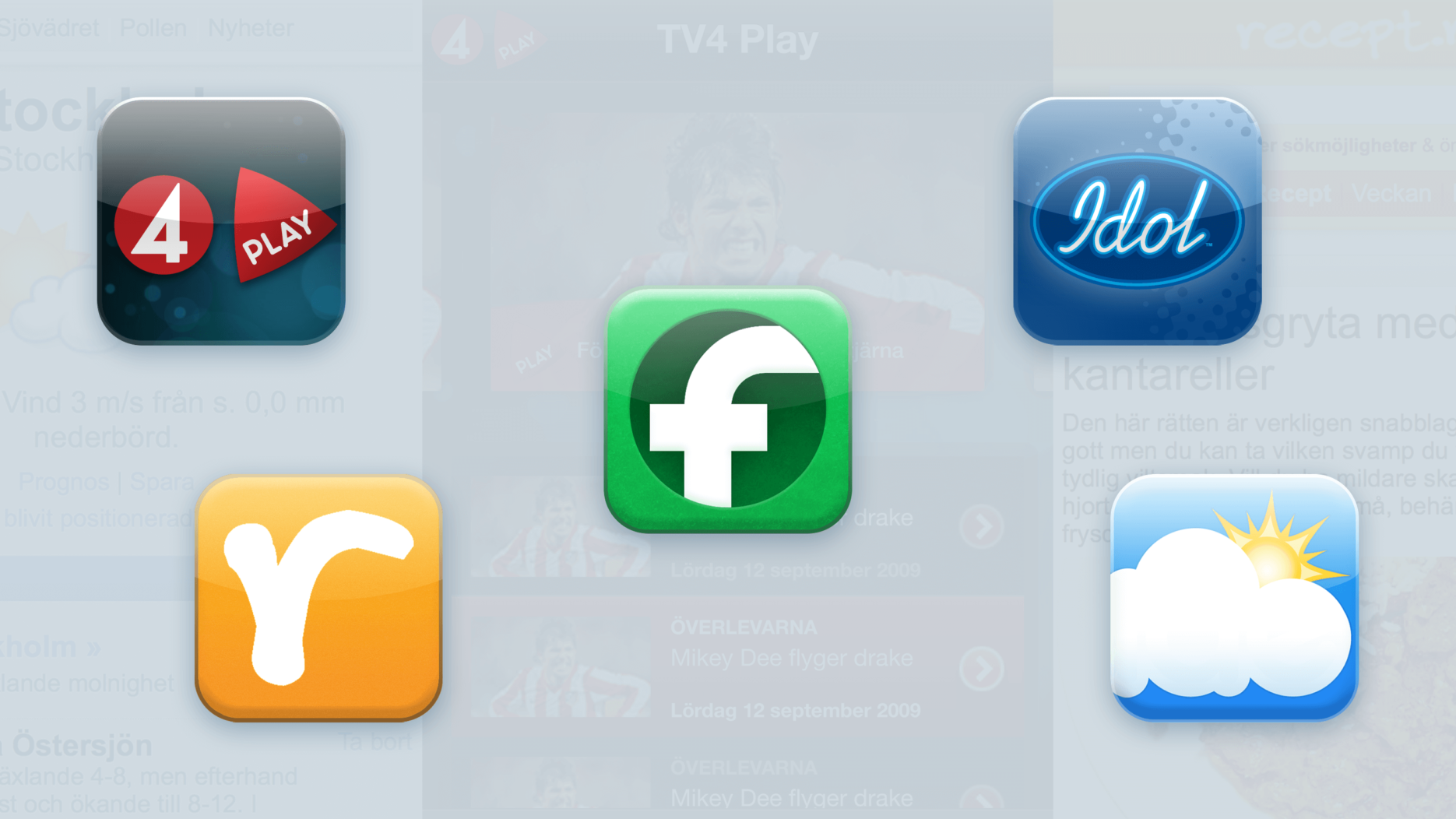 Mobilab employed me as a visual designer for almost all its projects. I helped develop mobile sites and apps for Fotbollskanalen, Väderkanalen, Recept.nu, Idol, Melodifestivalen and not least TV4 Play. All iPhone apps came in the top 3 list in the Swedish Apple App Store. After my work with Expressen’s mobile site, traffic increased by 288%. During this time, I took several of Expressen’s and TV4’s brands to the mobile for the very first time. Work consisted of visual, UI, UX and concept design but also coding html and css.

TV 4 Play: The original version of TV4 Play was the first Play app in the Apple App Store and was soon downloaded well over 200,000 times. The interface and all graphics were made by me. The solution enabled sponsors to decorate the background and various key elements on the page (McDonald’s purchased a red background and Geisha sponsored Valentine’s Day).

Fotbollskanalen: On day one the new iPhone app for Fotbollskanalen went up to first place on Sweden’s most downloaded apps in the Apple App Store. Unbelievable! All visual design, including layout, UI and concept by me.

Väderkanalen: I helped developed a customised mobile version of Väderkanalen’s weather service. For its time, it was a website with advanced features such as positioning to automatically generate weather forecasts for the user’s current position. Code, visuals and mobile layoutby me.

Recept.nu: With my help, a refined concept with layout and content specifically tailored for the mobile was produced. I opted for a search-centered design to easily find recipes, something that was not common in mobile design back then.

Idol 2010: An iPhone app with all info about Idol 2010. There you could follow news, see clips and read the personal blogs of the contestants. All the visuals created by me in an environment heavily templated by the creator Fremantle. Based on a previous Idol app where I also participated.